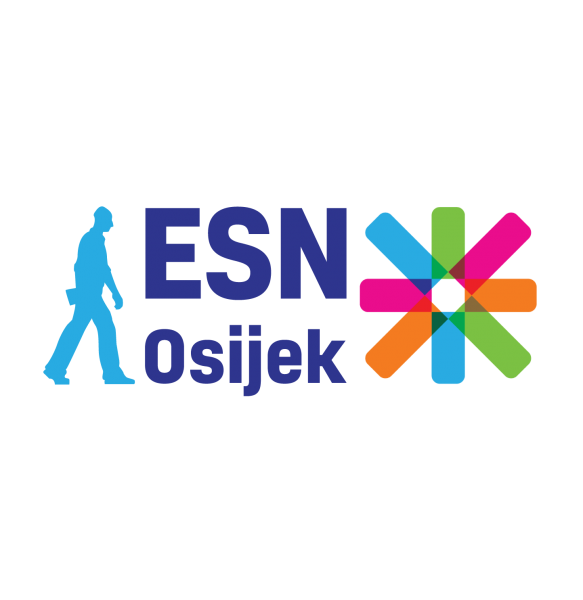 If you wish so, you will be appointed one UNIOS home student to be your Erasmus friend, who will help you accommodate and adjust yourself to new living and studying environment more quickly.

Your Erasmus friend will give you all information about everyday student life in Osijek or Đakovo, and about other practicalities during your preparations for coming to UNIOS, as well as during your stay at UNIOS.

The official currency of the Republic of Croatia is called the kuna (HRK). Banknotes are issued in the following denominations: 10, 20, 50, 100, 200, 500 and 1000 HRK. Smaller values are issued as coins (1, 2 and 5 kuna), and 1, 2, 5, 10, 20 and 50 lipas. One kuna is equivalent of 100 lipas. Currency may be exchanged in banks, exchange offices and post offices in accordance to the valid exchange rate. Eurocheques can be exchanged in banks. Cash can be withdrawn from ATM machines with internationally valid debit cards.

Most restaurants and shops accept all major credit cards (American Express, Diners, Eurocard/Mastercard, Visa). Foreign currency can be exchanged in banks, exchange offices, post offices and in most tourist agencies and hotels.

Pharmacies in Osijek are located in all city parts. They are open all day long, usually from from 8 a.m. until 8 p.m. Pharmacies at two locations (at the main city square Trg Ante Starčevića and in the Main Medical Center located in Park k. P. Krešimira IV) are open 24 hours a day.


More about Croatia as a new EU member country: www.croatia.eu

The Republic of Croatia is an independent country in South Eastern Europe with its capital in Zagreb. Having a population of over 4.5 million, Croatia lies at the Eastern coast of the Adriatic Sea with its hinterland stretching to the slopes of the Alps and deep into the Pannonian lowlands, to the banks of the Danube and Drava Rivers. It consists of three geographic regions: the Mediterranean, the Mountainous and the Pannonian region. In the west of the country Croatia borders on the Italian Adriatic, in the northwest and north on Slovenia, in the north and northeast on Hungary. In the east it borders on the Province of Vojvodina (within Serbia), in the south on Bosnia and Herzegovina, and in the far south on Montenegro.

Though a small country, Croatia is defined by diverse cultural influences that resulted in distinctive architecture and a rich stew of traditions. It is well known by its beautiful Adriatic coast, however, traditional atmosphere as well as the beauty of the landscape can be observed in the continental Eastern region of our country, named Slavonia and Baranja. Osijek is the capital of Slavonia and Baranja. A convenient geographical location on the rivers of Drava and Danube makes Osijek a political, cultural, educational and industrial centre.

Continental Croatia has a continental climate, while the Adriatic coast has a Mediterranean climate. In the continental area, where Osijek is situated, spring and autumn are mild, summer is usually hot, while winter can be cold and snowy.

Custom duties are not paid on personal objects. Radios, telephones, sporting and professional equipment may be brought into the country after having been registered at the border crossing.

Passports or other identification documents recognized by international agreement are required to enter the country. A driving license, traffic license and the relevant insurance documents (except for countries that have other regulations) are necessary for entry into Croatia with a vehicle.

Electrical current is 220 volts AC, 50 Hz. Most plugs have two round pins. So, if you wish to operate personal electric or electronic items that are not compatible with our electrical system, you should bring a plug adapter and a transformer.

The city of Osijek

The history of Osijek goes back to Neolithic times and begins with the first known inhabitants who belonged to the Illyrian tribes. Later on, in 331, the Roman emperor Hadrian raised the old settlement of Mursa to a colony with special privileges. After that, Mursa had a turbulent history, with a lot of decisive battles that took place here, deciding the destiny of the whole region. After migrating, the Croats made a settlement near the ruins of Mursa, giving it its present name, Osijek. The first precise mention of this name can be found in the Papal list from 1332, with a precise mention of Osijek parish. Life was thriving here in the Middle Ages, but only traces of that life can be found today, because the Turks destroyed everything they found and built a town to suit their style. The Turks built several important buildings and mosques here, including Suleiman the Magnificent’s famous 8 km.-long wooden bridge, considered to be one of the wonders of the world. After liberation from the Turks in 1687, Osijek was once again completely devastated. Between 1712 and 1721, the new Austrian authorities built a new fortress, today known as Tvrđa. It is a unique urban and military complex that lies in the heart of the town. Its central Holy Trinity Square is bound on the north by the Building of the Military Command, today the seat of the Rector and the Agricultural Faculty. On the west there is the Main Guard Building, and on the east the Magistrate Building, presently the Museum of Slavonia. In the middle, there is a Plague Monument, erected in 1729.

The three parts of the town, the Lower Town, Tvrđa, and the Upper Town were united in 1786, and Osijek became the administrative centre of the Slavonia region. In 1779, a new wooden bridge was built across the Drava River, connecting Osijek with Hungary and the rest of Central Europe. Upper Town became the new business centre of the town.

Osijek was heavily damaged during the Homeland War, 1991-1995. The peaceful reintegration of Eastern Slavonia and Baranja was successfully completed, opening the way to the revival of our city and the whole region.

Osijek is the administrative and economic centre of Eastern Croatia, situated on the right bank of the Drava River, 25 km upstream from its mouth into the Danube. Osijek has also convenient geographical location at the crossroads to Hungary, Serbia and Bosnia and Herzegovina, thus being a city of multicultural and multiethnic community.

We’ll take you on a little walk through the city streets, squares and parks…

Let’s start from the center, Ante Starčević Square, located in the Upper Town, which is the administrative and business centre of Osijek. Most buildings date from the late 19th and early 20th century. The Concathedral consecrated to St. Peter and Paul is drawing your attention with its impressive size. It was built at the end of the 19th century in the Neo-Gothic style. Bishop Josip Juraj Strossmayer, after whom our University is named, supported its construction.

Other interesting sites are:

Some Facts about Osijek

Kopački rit is a protected nature park, a swamp area that is home of different wild animals and very rare birds. Kopački rit offers to visitors possibilities to observe rare birds, wild boars or deer, to walk along old forest paths, to ride a boat along the wetland canals and to experience unique beauty of untouched nature. More about Baranja and Kopački rit: www.tzbaranje.hr/en

Đakovo is a town of bishops, but it is also a town of traditional ethno festivals Đakovački vezovi and Đakovački bušari, both of which are worth seeing.

Besides its rich gastronomic offer and great Đakovo wines, in the town of Đakovo there are many cultural and monumental sights, the most important of which is the St. Peter’s Cathedral. It is also known as the Strossmayer Cathedral, by the name of the Đakovo bishop and Croatian benefactor Josip Juraj Strossmayer, after whom the University of Osijek has been also named. Horse lovers will visit the State Lippizaner Horse Farm, established in 1506.

Vukovar is situated about 30 kilometers to the east of Osijek, where the Vuka River enters the Danube. The city is on the borders of Slavonia and Sirmium regions. Unfortunately, it is widely known by its war sufferings and destruction. Today after years of war Vukovar is revived and rebuilt, and it is offering to visitors a great blend of Danube scenery and historical sites.  Worth mentioning is the archaeological site of Vučedol, located along the banks of the Danube, some 5 kilometres downstream from Vukovar. This is one of the most significant sites of the Eneolithic period. This Eneolithic culture was named after its place of origin – the Vučedol culture.

Ilok is the easternmost town in Croatia and a place where the East meets the West. It rises above the Danube, surrounded by the slopes of Fruška Gora. It is a town of long history with one of the largest urban and fortification complexes of Northern Croatia. However, Ilok is still widely recognized by its vineyards and especially by its wine Traminac.